Crucifixion was intended to erase those who were subjected to it from history.
Forgotten and not worth remembering.
Yet one individual who was crucified is not only remembered, but has defined history.
What made the difference for that one individual?
Resurrection.

It should therefore be affirmed with no ambivalence or ambiguity whatsoever: ours is an Easter faith. One of the defects of Mel Gibson’s world-famous but deeply flawed film The Passion Of The Christ is that is focuses exclusively and in detail on the suffering and death. Christ’s resurrection appears in so glancing and obscure a fashion that it might as well not be there at all. It cannot be said too often: if Christ was not raised from the dead, we would never have heard of him. Tens of thousands were crucified in the Roman era; of all of these, the name of Jesus of Nazareth is the only one known to us. He was consigned to the oblivion designed by Rome for crucified victims, but within weeks was proclaimed as the name above all names (Acts 4:12). “If Christ has not been raised, your faith is futile and you are still in your sins” (1 Cor. 15:17).
However, in interpreting the cross and resurrection for the church, it is important to understand that the resurrection from the dead did not cancel out the crucifixion; it vindicated the crucifixion. The resurrection enabled the first disciples to understand what the death had accomplished, and the preaching of the cross by Paul is grounded in that new and revelatory connection. 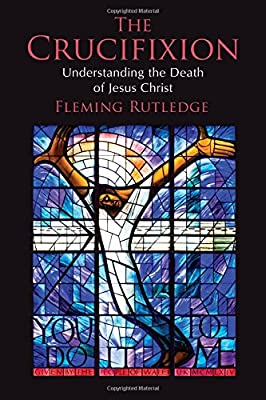