It was forty years ago on July 8, 1980 that with the first two games of the NSW/QLD interstate rugby league series won by NSW that for the final game players who were from Queensland were able to be selected for Queensland even if they were currently based with Sydney clubs.
The big differences were in the forward pack for Queensland where three players who had represented NSW earlier in the series donned the Maroon of QLD and Arthur Beetson who at 35 was in the twilight of a storied career and had a point or two to prove. (Beetson played first grade the for his club the game before this – to debunk a famous story that he was plucked from reserve grade to captain QLD; though he was soon relegated by his club and returned to the Brisbane league the year after).
The game was won, and Rugby League’s existence as a code is attributed to the ongoing success of State of Origin.

What would have happened if QLD had been routed or even lost that first game?
The sport lacks the true international scope of rugby union and soccer, and does not have the tribal following of Australian rules in Melbourne and the southern states.
It is State of Origin that gives it exposure beyond its base and provides something for club players to aspire to, particularly those whose clubs are not competitive in premiership terms.
It also allowed players to be based in Brisbane and still have an avenue to national representative honours on a more even footing than previously.
That only held out for less than ten more years, but they were years when Wynnum-Manly was able to assembly a club side the equal of any in Australia and win a couple of Brisbane premierships, but that’s another story. If State of Origin did not exist Wally Lewis and others would have been playing for Sydney clubs, not Brisbane ones. 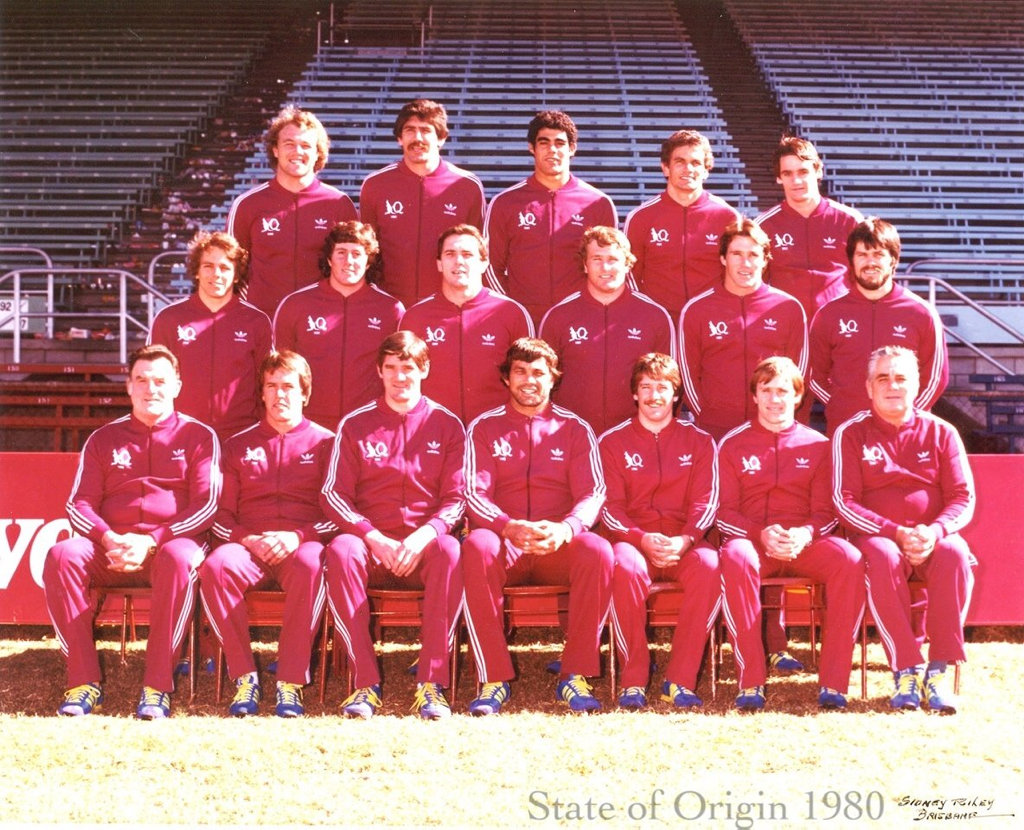 The Queensland State of Origin Team 1980.