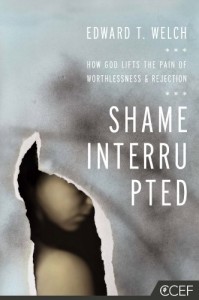 I got Shame Interrupted by Ed Welch from the Australian Amazon Kindle store for free.
It will only be available for a couple of days.
The blurb:
No More Hiding
Shame controls far too many of us. Worthless, inferior, rejected, weak, humiliated, failure…it all adds up to wishing we could get away from others and hide. We know what shame feels like. The way out, however, is harder to find. Time doesn’t help, neither does confession, because shame is just as often from what others do to you as it is from what you have done. But the Bible is about shame from start to finish, and, if we are willing, God’s beautiful words break through.
Look at Jesus through the lens of shame and see how the marginalized and worthless are his favorites and become his people. God cares for the shamed. Through Jesus you are covered, adopted, cleansed, and healed.

Some of you will want a copy of David Powlison’s Speaking The Truth In Love.
Kindle edition currently free for a couple of days at Amazon.
Thanks Gospel eBooks. 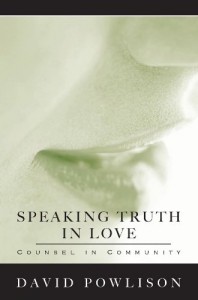 You probably speak 20,000 words a day, give or take, and each one influences those who listen. No wonder God has so much to say about our words. We are all counselors, whether we realize it or not!
Speaking Truth in Love is a blueprint for communication that strengthens community in Christ. The principles outlined in this pivotal work are specific to counseling, yet extend to marriage, family, friendship, business, and the church.
Have you ever wondered how to be a more effective counselor?
Have you ever looked for a better way to talk to difficult people?
Have you ever wanted to express faith and love more naturally in your relationships?
Practical in its approach yet comprehensive in its scope, Speaking Truth in Love is sure to become required reading for anyone interested in pursuing a career as a counselor or anyone else who longs for ways to redeem relationships.

Thanks to Gospel eBooks for the link. 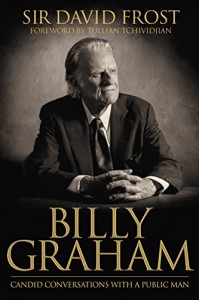 Most people know Billy Graham the preacher.
Many know Billy Graham the author.
In this remarkable book, Graham reveals a personal side that few have seen before.
For thirty years, Billy Graham and David Frost fascinated television audiences with their conversations about God, the Bible, and Graham’s decades-long ministry. Frost asked the questions that thousands of viewers wanted to ask. Graham answered them with authenticity and grace.
Along the way, Graham provided insight into life as an evangelist, a Christian father and grandfather, and a public figure in a changing culture. Most of all, Graham’s words show what it means to live out your beliefs—whether you speak to millions of people around the world or simply want to live faithfully at home and work.
With a chronology of Graham’s life, a preface from Frost, and a foreword from his grandson, Tullian Tchividjian, this weaving of stories, interviews, and reflections will inspire you to respond to God’s call with no reserve.
Sir David Frost, who died in 2013, was an English journalist, comedian, and television host. Known for his history-making interviews with top political figures, Frost is the author of several books, including his autobiography. His famous interviews with Richard Nixon formed the basis for the Oscar-nominated film Frost/Nixon.

As with some of the free books I list here, I don’t know much about Caught Off Guard or author William Smith, but New Growth Press publish some good material and this is free, so check it out.
The Kindle edition is free at Amazon for a very short time.
Gospel ebooks featured the link.
It was published in 2007 and deals with a theme that doesn’t get dressed a lot. 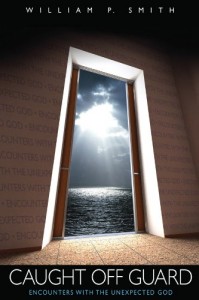 In his book author William P. Smith bridges the chasm between the heart and the head. Where is the reality of God in the middle of careers and groceries? Why are so many believers frustrated with the enormous gap between what they know about God and how they actually live?
In Caught Off Guard, author William P. Smith graciously addresses these seekers who have become dissatisfied with merely “talking theology” and instead yearn to taste and experience the “real thing”, a God who longs for relationship with them. With real stories from today and biblical times, Smith demonstrates surprising and often unnoticed attributes of a loving and purposeful God by proving:

In Caught Off Guard, Smith draws an irresistible picture of the heart of God that shatters conventional wisdom, remains true to biblical principles and invites people to reconsider a deeper trust in our uncontrollable, loving God.