Proclamation is intrinsic to Christian life.
When the disciples thought the conversation was over, the women visit a tomb and are spoken to – and then directed to go tell.
It simply defies imagination to conceive of the messenger at the tomb instructing the women to communicate to the others “He is risen!” and if necessary to use words to do so. Only words would do.
Everything we say in preaching is a continuation and repetition of that first message.
If it doesn’t spring from the cross and resurrection life, or lead to the cross and resurrection life, it’s not preaching.

From Leading With The Sermon:

The Christian practice of proclamation was born in the resurrection. His disciples thought the cross was the end of the conversation; by God’s grace, it was a new beginning. Time and again in our history with God, when we betrayed the love of God – with our infidelity or misunderstanding, or when the world intimidated us into silence, when we have fled into the darkness or stopped up our ears and hardened our hearts – this talkative God returned to us and resumed the conversation. Thus incarcerated Paul prayed not that God would get him out of jail but that God might “open a door for the word so we can preach” (Colossians 4:3). Paul knew that preaching – divine-human – conversation, is always at God’s initiative, not ours.
In that dialogue between heaven and earth, God has proved remarkably resourceful and imaginative, master of stratagems and devices – the Incarnation, Word Made Flesh, being the most ingenious of all. God refuses to be trapped in heaven or confined to monologue. There is a relentlessness about the speech of this God, an effusive loquaciousness, a dogged determination not to fall silent, nor to cease preaching, until the whole world joins in. 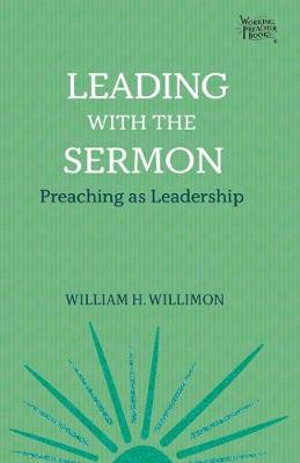