The Care Of Souls by Harold Senkbeil is a book about pastoral ministry that focuses on the pastoral role as ministering grace, rather than managerial or therapeutic.
In writing about being a pastor, Senkbeil describes how the acts of pastoral craft move from being habits to what he terms habitus, and how the pastor moves from being a workman to a craftsman.
What is the core of pastoral habitus?

The core of the pastoral habitus revolves around what I’ve been talking about in the pages above: mystery. If the content and source of ministry is the Jesus Christ, the central mystery of God, then pastors are themselves stewards of the mystery. In contrast, if you and I see ourselves merely as paddlers or purveyors of a spiritual “message,” we rapidly become salesmen for the gospel instead of true ministers of the Gospel. That is, we’re always scrambling to persuade reluctant customers to buy our product, rather than serving as emissaries sent by God to issue his perennial joyous invitation toward genuine freedom and release: “Repent and believe the good news” (Mark 1:15) 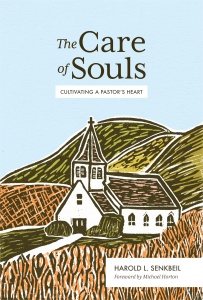