Such a stable, settled community gathers around itself an illusion of security, legitimacy, and well-being, an illusion that by liturgy and ideology, by propaganda and reiteration, is made to be guaranteed long into the future by the holy fidelity of God. This preaching task of truth-telling that breaks denial is so important among us preachers now because the force of technology (permeated with therapeutic denial of a seductive kind match to a limitless consumerism that is reinforced by the certitude of militarism) has indeed produced a bubble of illusion, a totalising environment of certitude, entitlement, and privelege. That enterprise renders the steadfastness of God irrelevant. It is remote from the weakness, foolishness, and poverty of Christ. 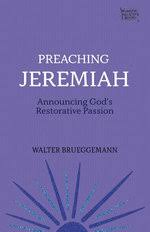