For many, many years now those of us who have attended presentations by Presbyterian Inland Mission Superintendent Stuart Bonnington and committee Convener Rob Duncanson have watched as an increasingly beat up map of Australia had been covered with borders of new Patrol areas and markers for mission churches.
At the conclusion of tonight’s annual public rally Rob announced that due to the continuing growth of the workload, along with the increasing complexity of managing PIM, advertising had commenced for a Managing Director to be employed. When that person is identified and is functioning in the role Stuart will resign as Superintendent. Rob will also be standing down as Convener, allowing him to focus on his work in Darwin and beyond.
If there was a Presbyterian museum the map these two are holding should be put on display in it.
The two fellows holding the map are a long way from being historical relics.
May the Lord continue to use them mightily, and may the work of PIM continue to take the love of God and the Good News about Jesus beyond the farthest fences. 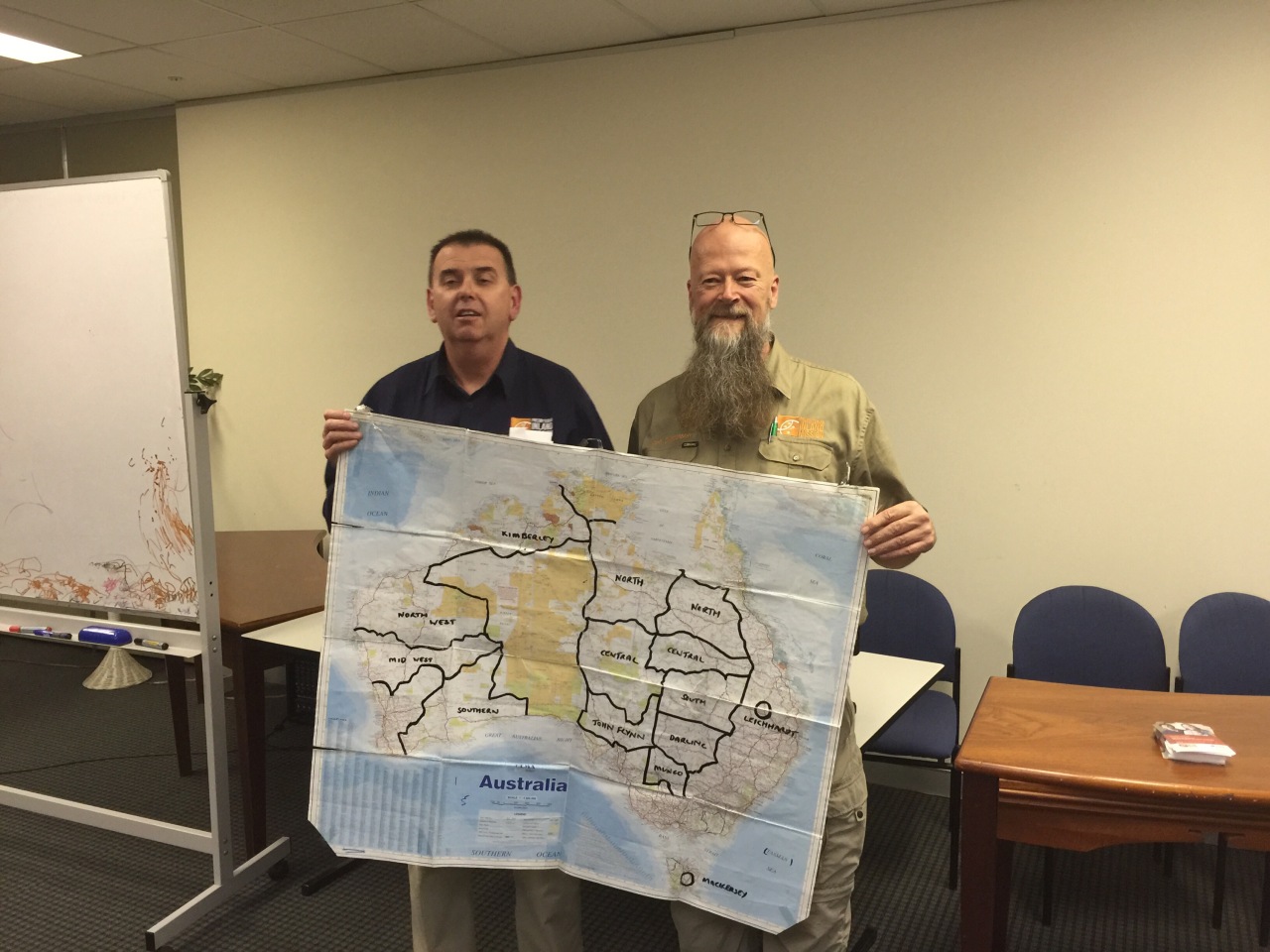